He replaced original guitarist Hillel Slovak, who rejoined after Jack was fired.

He played on the Red Hot Chili Peppers' debut album. He was in the band from late 1983 to early 1985 and toured with the band following the release of the album. He was eventually fired due to tensions between members and creative differences, as the rest of the band didn't think his polished funk style fit with their more energetic punk rock leanings. 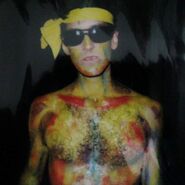 Add a photo to this gallery

Retrieved from "https://redhotchilipeppers.fandom.com/wiki/Jack_Sherman?oldid=6781"
Community content is available under CC-BY-SA unless otherwise noted.