John Anthony Frusciante is the current guitarist of the Red Hot Chili Peppers, serving as both the band's 4th guitarist from 1988 - 1992 and then their 8th guitarist from 1998 - 2009, then rejoining the band once again in 2019. He has played on the most acclaimed and commercially accepted albums the band has released. He has also had an active solo career but with limited success, mainly due to the experimental nature of his work.

He was a member of Thelonious Monster for about three hours, right before he joined Red Hot Chili Peppers.

In early 1988 John Frusciante became friends with drummer D.H. Peligro. The Red Hot Chili Peppers began looking for new members after original guitarist Hillel Slovak died and original drummer Jack Irons quit the band. The band found a short-term replacement in guitarist DeWayne McKnight and followed by adding D.H. Peligro on drums. After only three shows it became apparent that McKnight wasn't fitting in and was fired. The band began jamming with John Frusciante after D.H. Peligro recommended him and soon after accepted him into the band.

His first show with the band was on September 17th, 1988 in Los Angeles at just 18 years old. After a short tour in 1988, D.H. Peligro was fired and replaced with Chad Smith, a move that would unite the core line up for the band for the next 4 years. The band toured on and off in 1989 before releasing their fourth record, Mother's Milk. The album went gold in 1990 and spawned the hit singles "Higher Ground", "Knock Me Down", and "Taste the Pain". Despite breaking the band into the mainstream, John Frusciante fought with the albums producer Michael Beinhorn and disliked the heavy metal sound he produced on the record.

In later 1990, the band broke their contract with E.M.I and began looking for a new producer. Rick Rubin signed on to produce the bands next album and choose to record it in The Mansion. In May of 1991, they finished work on the album. It would be released on September 24th, 1991 to critical acclaim. Led by the hits "Under the Bridge" and "Give It Away" they became one of the biggest bands in the United States. The Chili Peppers began touring with other big bands such as Nirvana and Pearl Jam.

On tour, John's heroin use spiraled out of control. He disliked the success the Chili Peppers were having and in 1992 began sabotaging performances including a show on Saturday Night Live. Frustrated John Frusciante quit the band after a show in Japan and disappeared into a deep and disturbing drug addiction.

During this time in his life John became a recluse and stayed in his Hollywood Hills mansion for days upon days until he ran out of drugs. He produced his first solo album during this period, Niandra Lades and Usually Just a T-Shirt. But, his second studio solo album, Smile From the Streets You Hold, was produced mainly to get money for more heroin, so John does not consider it part of his work. Then tragedy struck, his mansion burned down destroying his vintage guitar collection and Frusciante barely escaped. This prompted him to check himself into rehab. But, Frusciante's trials were just beginning. He suffered a massive infection from not properly cleaning after shooting heroin. He almost had his arms amputated but luckily the doctors were able to save them. Frusciante now has permanent scars on his arms. Also, as a result of improper hygiene and drug use, Frusciante lost all his teeth and now has to wear dentures which causes a slight lisp that you can sometimes hear when he sings.

Meanwhile, The Red Hot Chili Peppers were struggling to find a replacement for John. They hired Dave Navarro of Jane's Addiction as his replacement, but he was not working out. Soon after recording One Hot Minute, they let him go. Flea demanded that Anthony ask John to come back. Frusciante gleefully rejoined the band and Anthony Kiedis even bought him a brand new guitar. The band began jamming and recording. What resulted was their seventh studio album, Californication. It was a major success, a landmark album for the Chili Peppers.

During the Californication world tour, Frusciante continued to compose his own songs, many of which would be released in 2001 on his third solo album To Record Only Water for Ten Days. The album was stylistically unlike his previous records, less markedly stream-of-consciousness or avant-garde. However, the lyrics were still very cryptic and its sound was notably stripped down. During this period he also meets and befriends director Vincent Gallo. They felt a common thread between both of their work and Gallo directed a music video for each and every song from To Record Only Water for Ten Days. Gallo also asked John to write music for his upcoming movie, The Brown Bunny.

The Chili Peppers follow up album, By the Way, pushed them even further into mainstream music. John states that recording that album was the happiest time in his life. While recording he continued his solo work and created his fourth solo record, Shadows Collide with People. John wrote a plethora of music during and after the By the Way Tour. He formed a side group, Ataxia with Joe Lally of Fugazi and Josh Klinghoffer. The group was together for about two weeks and recorded around 90 minutes of material. The played two shows at the Knitting Factory in Los Angeles, California. Later that year, five songs written by Frusciante appeared on The Brown Bunny Soundtrack. John had originally written an entire album for the picture, which was supposed to only feature his work. But, part way through filming, director Vincent Gallo decided it wasn't working and re-shot a lot of the film and used different music.

In June 2004, John announced that he would be releasing six records over six months: The Will to Death, Ataxia's Automatic Writing, DC EP, Inside of Emptiness, A Sphere in the Heart of Silence and Curtains. With the release of Curtains, Frusciante debuted his only music video of 2004, for the track The Past Recedes. He wanted to produce these records quickly and inexpensively on analog tape, avoiding modern studio and computer-assisted recording processes.

Frusciante began a series of collaborations with friend Omar Rodríguez-López and his band, The Mars Volta, by contributing guitar and electronic instrumentation to the song "Cicatriz ESP." He also contributed guitar solos on their 2005 album Frances the Mute. In 2006, he helped The Mars Volta complete their third album Amputechture by playing guitar on seven of its eight tracks. In return, Rodriguez-Lopez has played on several of Frusciante's solo albums, as well as made a guest appearance on Stadium Arcadium's eleventh track "Especially in Michigan".

The Red Hot Chili Peppers followed By the Way with the massive, two disc album Stadium Arcadium. But the recording process had been tough and cracks had begun to develop within the band. John felt that he was being stifled and in 2010 he left the band once again, to pursue his solo work.

Ataxia released its second and final studio album, AW II in 2007. On January 20, 2009, John released his tenth solo album, The Empyrean. Empyrean was a concept album that had been in production between December 2006 and March 2008. It featured many amazing artists including John's ex-bandmate, Flea, Josh Klinghoffer, former Smiths guitarist Johnny Marr, Sonus Quartet, and New Dimension Singers. Frusciante stated: "I'm really happy with [the record] and I've listened to it a lot for the psychedelic experience it provides," suggesting the album is "to be played as loud as possible and is suited to dark living rooms late at night."

After the release of The Empyrean, Frusciante continued to collaborate with other artists. Along with continuing to provide guitar work to The Mars Volta's studio albums, The Bedlam In Goliath, and Octahedron, Frusciante also began an electronic duo with Aaron Funk under the name Speed Dealer Moms. Their first EP was released in December 2010 on Planet Mu Records.

Along with Speed Dealer Moms, Frusciante also provided guitar for Swahili Blonde, a project of percussionist/vocalist Nicole Turley. The project released its debut album Man Meat in 2010. That same year, Frusciante functioned as executive producer for Omar Rodríguez-López's directorial film debut, The Sentimental Engine Slayer. The film debuted at the Rotterdam Film Festival in February 2010. Along with work on the film, Frusciante and Rodríguez-López have released two collaborative records in May 2010. The first is the album Omar Rodriguez-Lopez & John Frusciante, an album with just the two of them, the other a quartet record, Sepulcros de Miel, consisting of Omar Rodríguez-López, Juan Alderete, Marcel Rodríguez-López, and Frusciante. Frusciante also contributed music to the documentary film, Little Joe, based upon Joe Dallesandro.

On December 15th, 2019, the band confirmed that they had parted ways with guitarist Josh Klinghoffer and that Frusciante would be returning once again to the band.[1] 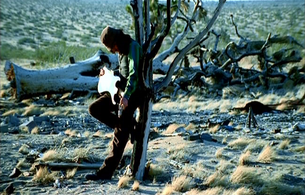 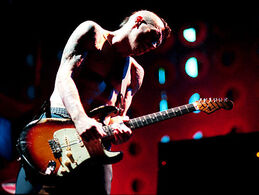 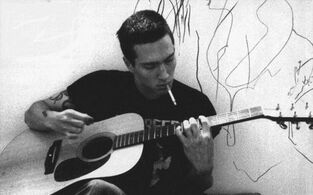 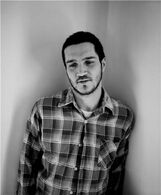 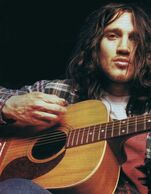 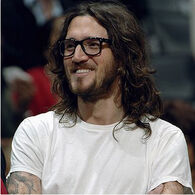 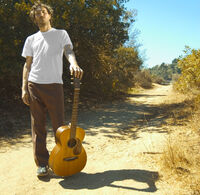 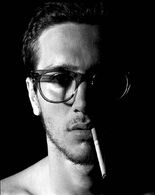 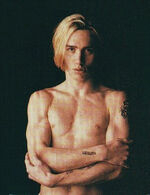 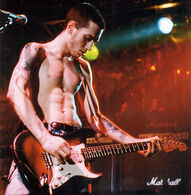 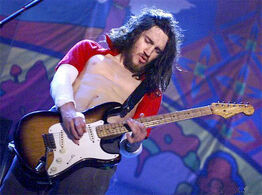 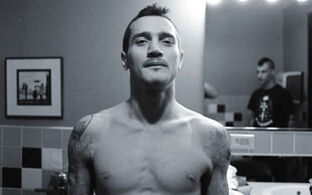 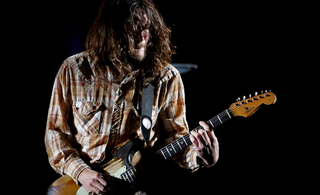 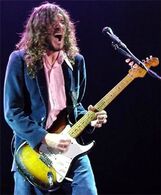 Add a photo to this gallery

Retrieved from "https://redhotchilipeppers.fandom.com/wiki/John_Frusciante?oldid=7204"
Community content is available under CC-BY-SA unless otherwise noted.